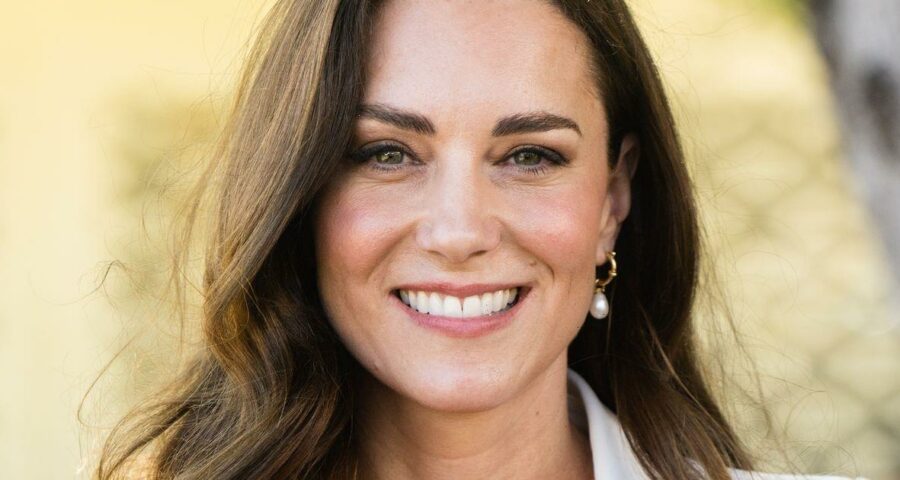 The Duchesses of Cambridge and Sussex are global fashion and beauty icons, making them two of the most photographed women in the world. But even for royalty, it takes work to look immaculate all the time, and both Kate and Meghan rely on a tried and tested array of products to stay camera-primed.

Kate favours a fresh, natural look during the day and for evening engagements vamps up her green eyes with smoky shadow and liner. She is also said to create long lashes with Lancôme’s classic Hypnôse Mascara (£28.50).

Her long chestnut hair always looks healthy and super-shiny, thanks to hairdresser Richard Ward and his shampoo range (from £8), as well as regular glossing treatments. It’s believed Kate’s a fan of Karin Herzog Vita-A-Kombi 1 Face Cream (£67), but appears to scrimp on one essential, after being seen buying Nivea’s Pure & Natural Moisturising Day Cream (£5).

She tends to wear subtle fragrances and, on her wedding day, opted for White Gardenia Petals by Illuminum, a floral blend of bergamot, cassis and lily (£110).

Perfume occupies a key place on Meghan’s dressing table, too. “Fragrance is my favourite thing,” she has said. “So much so that if I leave the house and I don’t put any on, I’ll turn around and go back home.”

Meghan’s flawless skin needs little coverage, and she allows her freckles to show through with Laura Mercier Primer (£35.50) rather than a heavy foundation. For a dewy, evening glow she wears Giorgio Armani Luminous Silk Foundation (£44.50).

A subtle brush of NARS Orgasm blush (£27.50) gives a rosy flush to her cheeks, and while still starring in Suits she said, “I use it on and off camera because it gives you a nice glow from within.”

Any late-night shadows are disguised by YSL Touche Éclat concealer (£28), and her brown eyes are given extra sparkle with MAC eyeliner in Teddy (£17) or Chanel Cassis Eyeliner (£24).

Lashings of mascara give the final touch and she sweeps on Diorshow Iconic (£31) or Maybelline Lash Sensational Luscious Mascara (£8.99). To keep her skin smooth and soft, she has been known to use a Nivea firming body lotion (£9.29).

Still blessed with a radiant complexion aged 96, the Queen was famously crowned wearing Clarins cosmetics, and she commissioned the firm to create a shade of lipstick to complement her coronation robes. She has remained loyal to the brand ever since, and it’s said that she uses its Ever Matte Compact Powder (£30), while the Hand And Nail Treatment Cream (£24.50) is rumoured to “never run out at the palace”.

Her Majesty also has a long association with Yardley and the company’s English Lavender soap (£9.99 for three) is a bathroom staple. Other favourites are believed to include Elizabeth Arden lipsticks in pink shades
(£25) and Eight Hour Cream (£29). It’s also thought she wears the White Rose scent (£80) by Floris.

Also likely to be found on her bathroom shelves are Molton Brown’s bath and shower gels in Orange & Bergamot and Delicious Rhubarb & Rose (£25).

Grooming is taken seriously by the royal princes, too, and sales of beard-care products rocketed by 226% in the UK after Harry first debuted his designer facial hair.

Older brother William is said to be partial to a spritz of Penhaligon’s Blenheim Bouquet (£115), while top of father Charles’ scent list is the aromatic Creed Green Irish Tweed, which can cost up to £710. Phew!