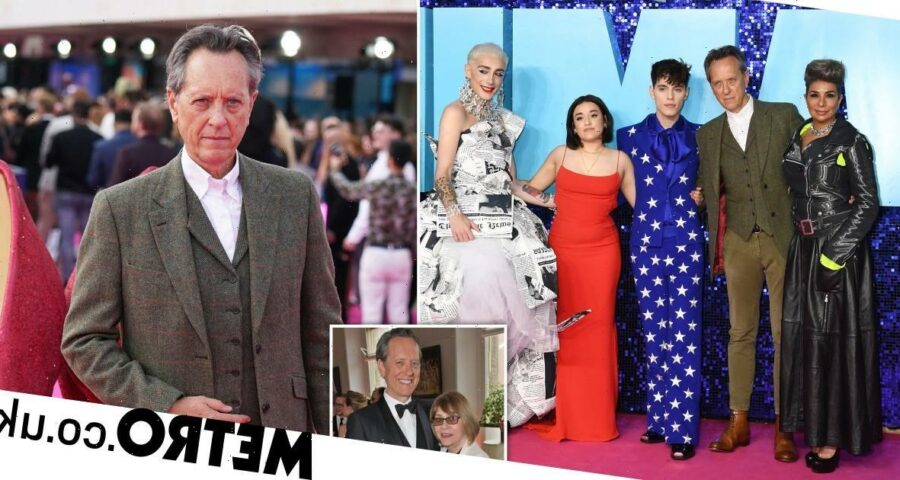 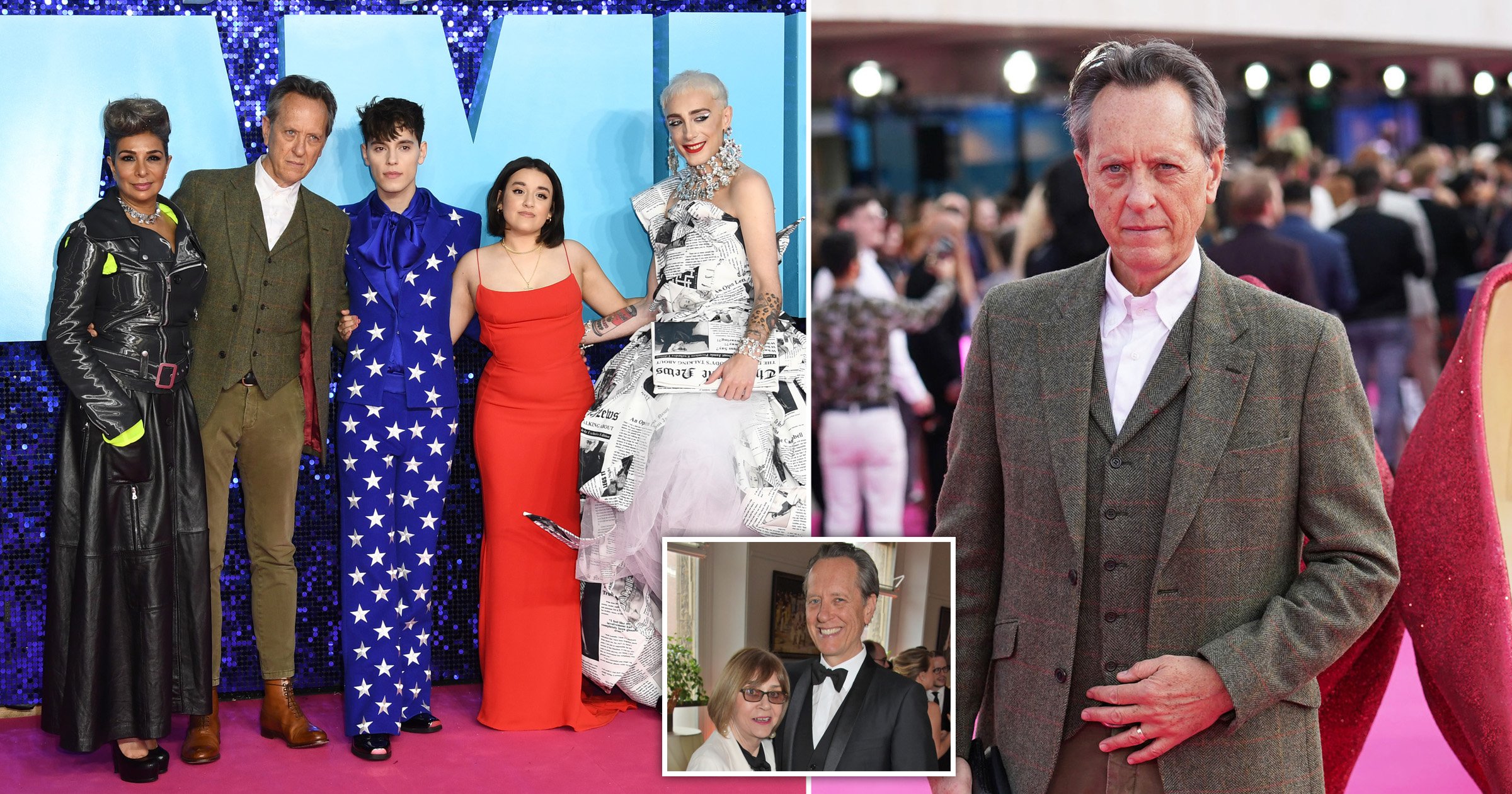 Richard E Grant made his first public appearance following the death of his wife Joan for the Everybody’s Talking About Jamie film premiere tonight.

The 64-year-old actor arrived at the Royal Festival Hall dressed to the nines in a grey suit and posed for pictures on his own and with his co-stars Shobna Gulati, Max Harwood, Lauren Patel, Jamie Campbell and Ralph Ineson.

It comes two weeks after Richard’s partner of 35 years, Joan, died aged 71. He announced the news with a video of the pair dancing together to the song Only You by The Platters on Twitter.

Richard revealed his late wife Joan was diagnosed with stage four lung cancer eight months before her death on September 3.

Writing in the Daily Mail, Richard detailed their life together, saying: ‘It’s an extraordinary phenomenon to be truly “seen” and “known” by another human, and in Joan, I found someone who innately did both.

‘To have loved one another for almost four decades has been the ride of my lifetime.’

The couple married in 1986 and share a daughter, Olivia, and a stepson, Tom, from Joan’s previous relationship.

Richard has since revealed she had been diagnosed with cancer, writing in the newspaper: ‘Since her stage four lung cancer diagnosis two days before Christmas, she was accepting, clear-sighted, sanguine and totally without self-pity.

‘The oncology team at the Royal Marsden Hospital, NHS nurses, Price’s Mill Surgery and Longfield palliative carers have been beyond exemplary.

‘It’s been my privilege to be by your side, sharing our last eight months together, enabling us to say everything we possibly wanted and needed to, so that when you asked Olivia and me two weeks ago “to let me go”, we unequivocally said “yes”.

‘Olivia and I are profoundly grateful for everything that you’ve gifted us with, and we’re relieved that you no longer have to struggle for breath.’

He added: ‘Our loss is incalculable. Your love is immeasurable. The depth of our grief is mirrored by the magnitude of our love.

‘Goodbye Monkee-mine. Do not forget us.’