Whenever a fan meets their favorite celebrity, there’s always a ton of pressure. While some stars are down-to-earth, others could fail to live up to expectations. That isn’t the case with Keanu Reeves, however. The John Wick star is known for being gracious and kind in real life. And Octavia Spencer’s account of their awkward first meeting further proves that. 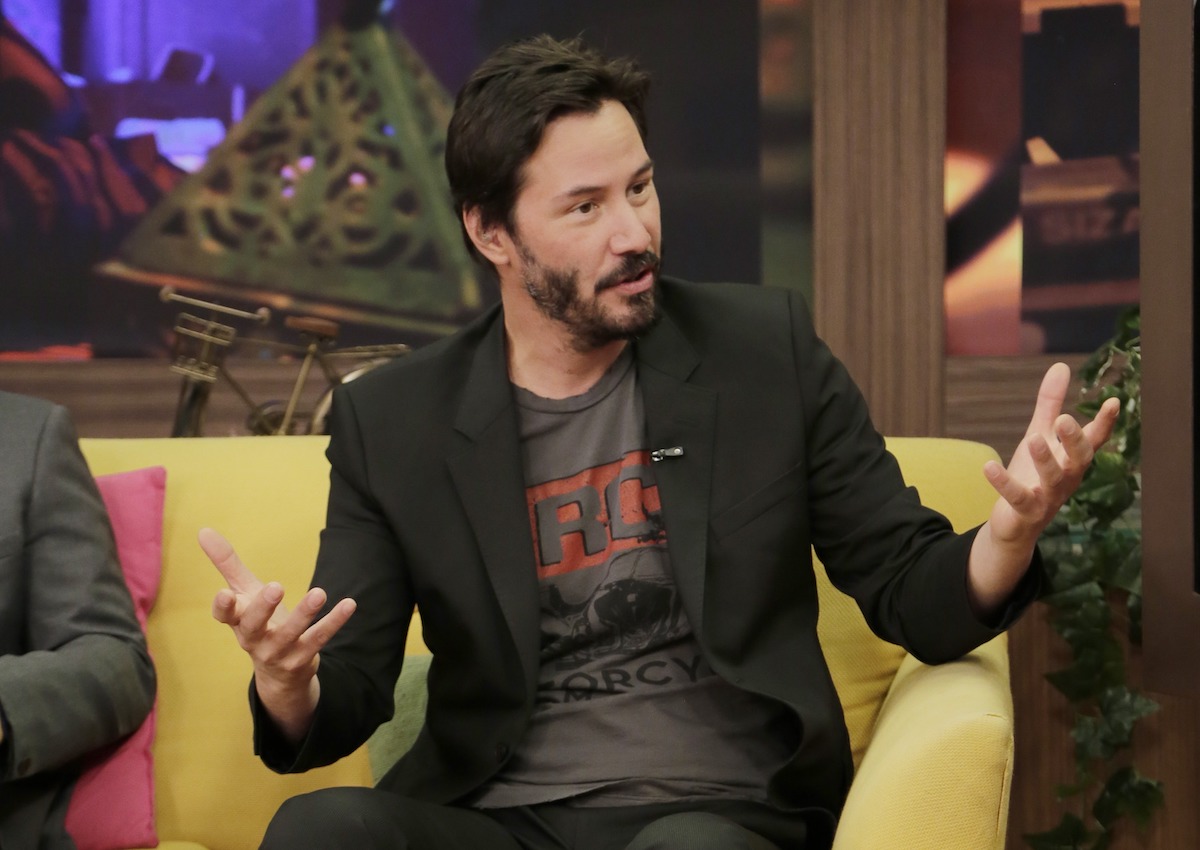 Reeves and Spencer first crossed paths decades ago. Then, Reeves had recently starred in The Matrix. Meanwhile, Spencer was still roughly a decade away from winning an Academy Award for The Help. In a recent visit to The Graham Norton Show, Spencer explained how she met Reeves and why he left such a strong first impression.

“I was on my way to pick up a script to read for an audition. So I wasn’t really wearing any underwear. I was wearing sweats and my favorite college football t-shirt. It was worn. It was see-through. No underwear. And my car hadn’t been washed because I always parked underneath the trees, and there was bird crap all over the back of it. It broke down in this very posh area of Beverly Hills, and there was a cafe and all of these people are sitting out there, and the cars were honking. Nobody would help me.

All of a sudden, this guy comes up with his sunglasses and motorcycle helmet, and I knew immediately it was Keanu Reeves. And I, of course, was freaking out. He [said], ‘You need some help?’ And I’m like, ‘Sure.’ So I thought he was going to get into the car. I got behind the car to push. He said, ‘No, I’m going to push you out of the street. You get in.’ So he pushed me out of the street. Then, of course, when people saw it was Keanu Reeves helping me, everybody came down to help.”

Spencer’s story fits with just about every account of Reeves. The actor took the time to help out a complete stranger. Most fans would take that as a pretty substantial testament to his character.

While Spencer and Reeves have yet to work together, that first meeting isn’t the last time the two stars would cross paths. In fact, Reeves — in another act of kindness — played a fairly significant role in celebrating Spencer’s milestone 50th birthday.

Left to celebrate during the coronavirus (COVID-19) pandemic, Spencer’s friends surprised her with a video message full of well wishes. Among the participants, Spencer revealed, were personal friends such as Chris Evans and Katy Perry. But Reeves popped in as well.

“Keanu Reeves surprised me and of course, I started crying like a baby, like, ‘Keanu! Oh, God!’ It was so fabulous,” Spencer explained on Jimmy Kimmel Live! “He’s somebody I like. And my friends know that. And it was the sweetest thing.”

Octavia Spencer still hasn’t reminded him how they first met

Even though Reeves submitted a birthday video to Spencer, the two still actors still haven’t crossed paths again in person. Or at least, that seems to be the case. As Spencer told Norton, she doesn’t even believe Reeves knows that she was the woman he helped with her car those years ago.

“I hope he doesn’t [know it was me], honey, because when I tell you, all of this was showing,” Spencer said. “And I was mortified. I kept thinking, ‘I need to get my car washed.’ It was literally months of bird poop on the back of my car.”

Perhaps one day Reeves and Spencer will get a good laugh out of their first meeting. In the meantime, Spencer has not one but two Reeves stories she can hold onto. And in both, The Matrix star lived up to what fans hoped he would be like.