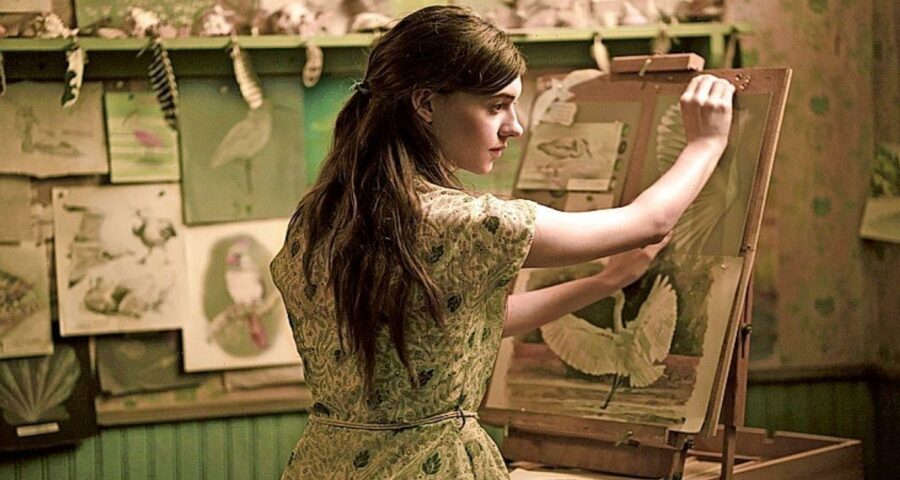 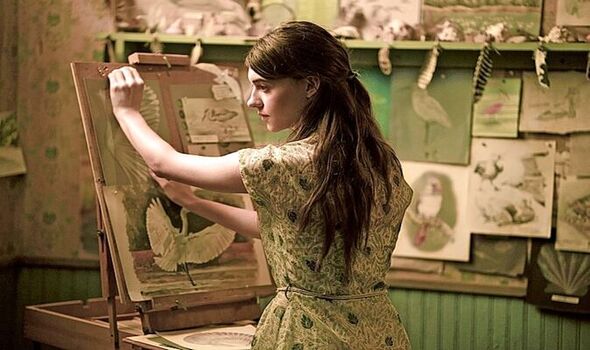 The London-born star of Normal People was lashed by torrential rainstorms and immersed in alligator-infested swamps to acquire the skills needed for her role in the hotly-anticipated film version of the bestselling novel Where The Crawdads Sing, which hits cinemas next week.

“The weather is so extreme in New Orleans, the thunderstorms and the lightning,” says the 24-year-old. “At one point, our set flooded, and we had to have days off. It was definitely not the easiest place to film, but it was also perfect for that story because it proves nature is bigger than you, and more powerful.”

Edgar-Jones is earning a glowing reputation as Hollywood’s hottest star of literary adaptations.

She dazzled as Marianne, the erotically charged yet vulnerable heroine of 2020 romance series Normal People, based on the bestselling book by Sally Rooney, and stars in the Mormon fundamentalist murder mystery Under The Banner Of Heaven based on the book by Jon Krakauer, out later this month.

But Delia Owens’ literary phenomenon Where The Crawdads Sing comes weighted with high expectations. The novel sold more than 12 millions copies and spent a staggering 191 weeks on bestseller lists.

It tells the story of Kya, abandoned as a child and left to raise herself in extreme poverty deep in the North Carolina marshes. A clever youngster who dodges the authorities and becomes an expert self-taught naturalist in her struggle to survive, she is demonised as the “marsh girl” and shunned by townsfolk until she is dragged into a murder investigation. 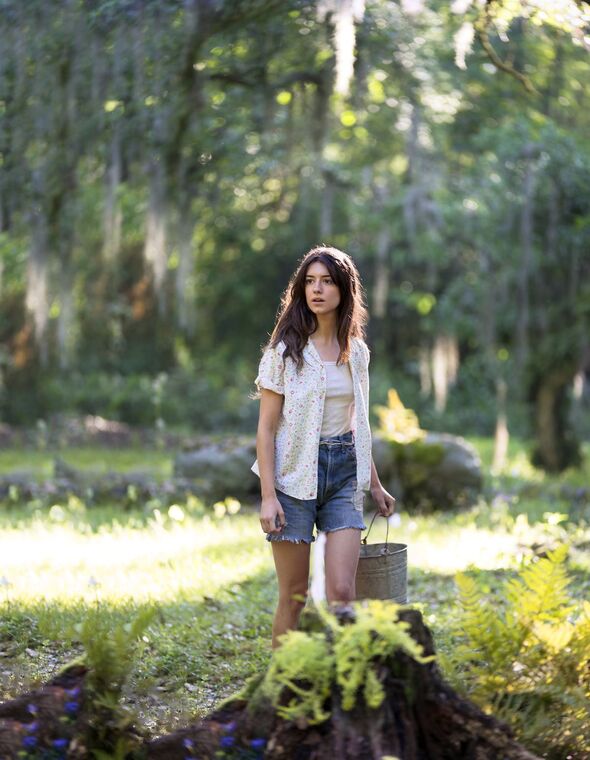 “She’s become this larger-than-life myth,” says Edgar-Jones, who plays Kya. “They just don’t understand that all she is really is an abandoned young woman they don’t help.”

The marshland, lush and atmospheric, is a major character in the movie.The flat, watery landscape around New Orleans in Louisiana doubles for the swamps of North Carolina.

In this difficult environment, the lonely girl connects with the wildlife around her. “Kya says there’s no dark side to nature, just inventive ways to endure,” explains the actress.

RAISED in Muswell Hill, north London, Edgar-Jones spent months learning the ways of the marshland. “I read the book over and over and over,” she says. “I learned a lot about boating and the marsh – the wildlife and the landscape.”

She was taught how to fish, and how to pilot small motorboats around the maze-like marsh streams and estuaries. She took lessons in drawing and painting from the film’s art director Kirby Feagan to emulate Kya’s skill at wildlife sketches, spending days with a pad and pencil in a New Orleans park. 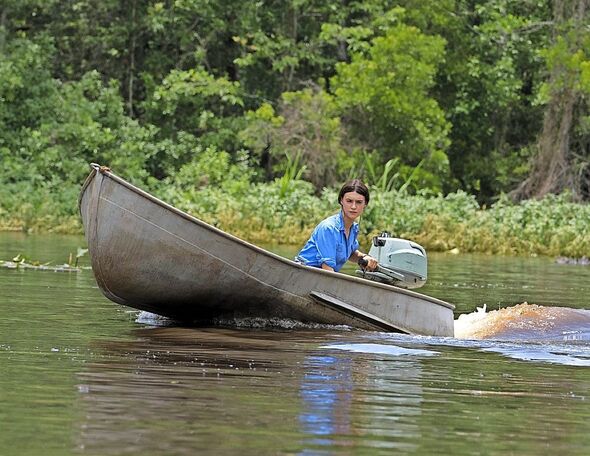 “She taught me to work out how to bring a beautiful feather to life on one piece of paper,” says Edgar-Jones. “It’s quite something. I found the drawing really therapeutic.”

She even worked with a movement coach to capture the feel of a girl raised in the wild.

“We talked a lot about how you’d move when you’ve lived on your own in isolation for such a long time,” she says.

“You’d have far less awareness.” Edgar-Jones also took lessons from a dialect coach to lose her clipped London tones beneath a North Carolina drawl, and admits: “I love working in accents, because acting in my own voice makes me very self-conscious.”

Set in the 1950s and ’60s, she plays the marsh girl from the age of 15 into her mid- 20s, and says: “There’s a kind of special softness to Kya’s voice that’s different from mine, which was also a really good way to separate myself from the character.”

She also studied botany and zoology, striving to grasp her character’s understanding of plants, flowers, wildlife and the weather.

“I tried to read the Country Almanac that Kya was reading, and did as much research as I could for that.” Though Kya is dismissed by townsfolk as a savage, Edgar-Jones insists: “She’s got a wildness within, but whenever I read the book, she came across as a very gentle character who’d been misunderstood.

“Because her love of birds is something that’s so clear, and birds have such a gentle way, such a grace to them. That was something I was really keen to imbue Kya with.”

The film is produced by Oscar-winning actress Reese Witherspoon, who says: “I read the novel in one day. I couldn’t put it down.” But the film’s success hung on casting the right Kya. “Daisy Edgar-Jones is a once-in-alifetime talent,” says Witherspoon.

“She can morph herself into so many different characters. You feel her vulnerability and her ferocity in this performance.” 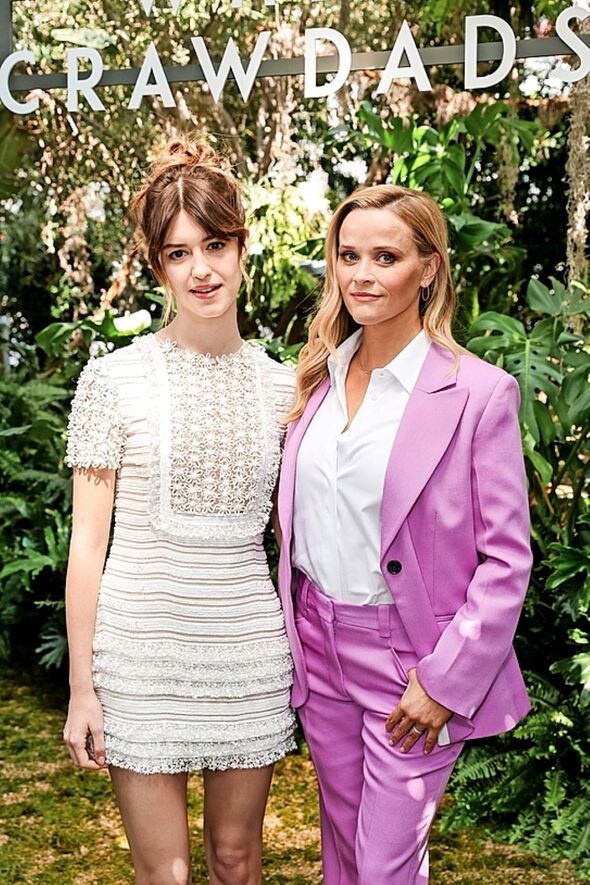 Pop queen Taylor Swift was also inspired by the book to write and perform an original song for the film, titled Carolina, likely to be as big a hit as the movie.

“Where The Crawdads Sing is a book I got absolutely lost in when I read it,” says Swift. “I knew I wanted to be a part of it from the musical side I wanted to create something ethethis haunting and ethereal to match this mesmerising story.”

A self-confessed “extroverted introvert,” Edgar-Jones could break out when relaxing away from the film set.

She shipped DJ decks over from England, and staged shows to entertain the cast. “It was phenomenal,” said her Crawdads co-star Taylor John Smith, who plays Kya’s sensitive admirer Tate. “Daisy’s so funny when you’re not working that you forget how brilliant of an actor she is.”

But Edgar-Jones is aware of the danger if she fails to meet the expectations of millions of readers who fell in love with Kya and feel they know her already. “I don’t know why I keep putting myself through this!” she admits. 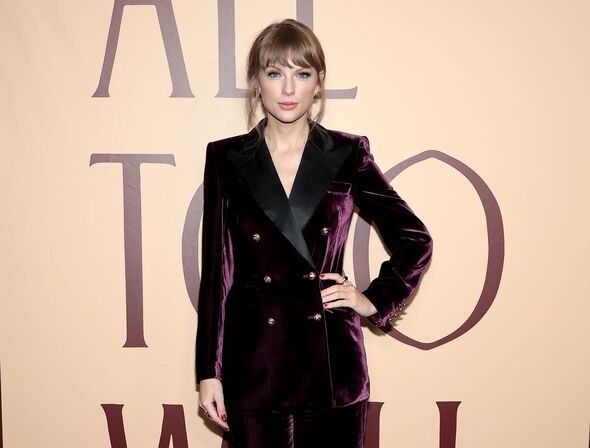 An only child – her mother was a TV drama editor, her father the creative director of Big Brother – Edgar-Jones progressed from school plays to roles in BBC sitcom Outnumbered and ITV’s Cold Feet, before skipping drama school and university to plunge into acting full-time. Normal People, opposite Paul Mescal, launched her into the stratosphere.

“The trick is not worrying – which I find so hard – if people like you or not,” she says.

But audiences and critics love her. She won rave reviews at the Sundance Film Festival earlier this year for her cannibalistic horror thriller Fresh, and again for Under The Banner Of Heaven, which premieres in the UK on Disney+ on July 27.

Crawdads director Olivia Newman recalls Daisy’s first audition: “She had me in tears. Everybody who watched the tape had the feeling that we were watching a movie star.”

Yet Edgar-Jones’s self-confidence is fragile, and she admits: “I’m terrible with selfdoubt.” After one tough day fluffing lines on the set of Fresh, she thought: “Maybe this is the end of my career. But that’s okay – it’s been good. I’m still young. I could retrain.”

Ferociously self-critical, she looks forward to when she can move behind the camera. “I don’t love watching myself at all, but I really do ultimately want to branch out into directing,” she says.

For those still wondering what crawdads are (freshwater crayfish) and whether they sing, novelist and wildlife biologist Delia Owens says: “It was my mother who would say: ‘Go way out yonder where the crawdads sing.”

“Of course, crawdads don’t really sing. But what she meant was that she wanted us to cr do w experience the nature in nature. If you go far enough into the wilderness, by yourself, and there’s nothing but you and nature, you will hear the crawdads sing.”

Despite all her training for the role, Edgar-Jones may not have heard the song of the crawdads, but she learned a valuable lesson from playing Kya.

“She had such an inner strength that I would love to have myself,” she says. “She’s complicated, flawed, brilliant… and survives against all odds.”