Nikki Bella and Brie Bella announced that their mother, Kathy Laurinaitis (née Colace), is set to undergo brain surgery on Tuesday, June 30, to have a mass removed.

“Our Mama Bella, our Gigi, our Gato is about to head into brain surgery. I ask for so many prayers, so much light and love sent her way,” Nikki, 36, wrote via Instagram. “Sadly they found what you can compare to a tumor on her brain stem that has been paralyzing her face. I have faith that the amazing doctors will do an incredible job and our Gigi will be on the road to recovery starting late today.” 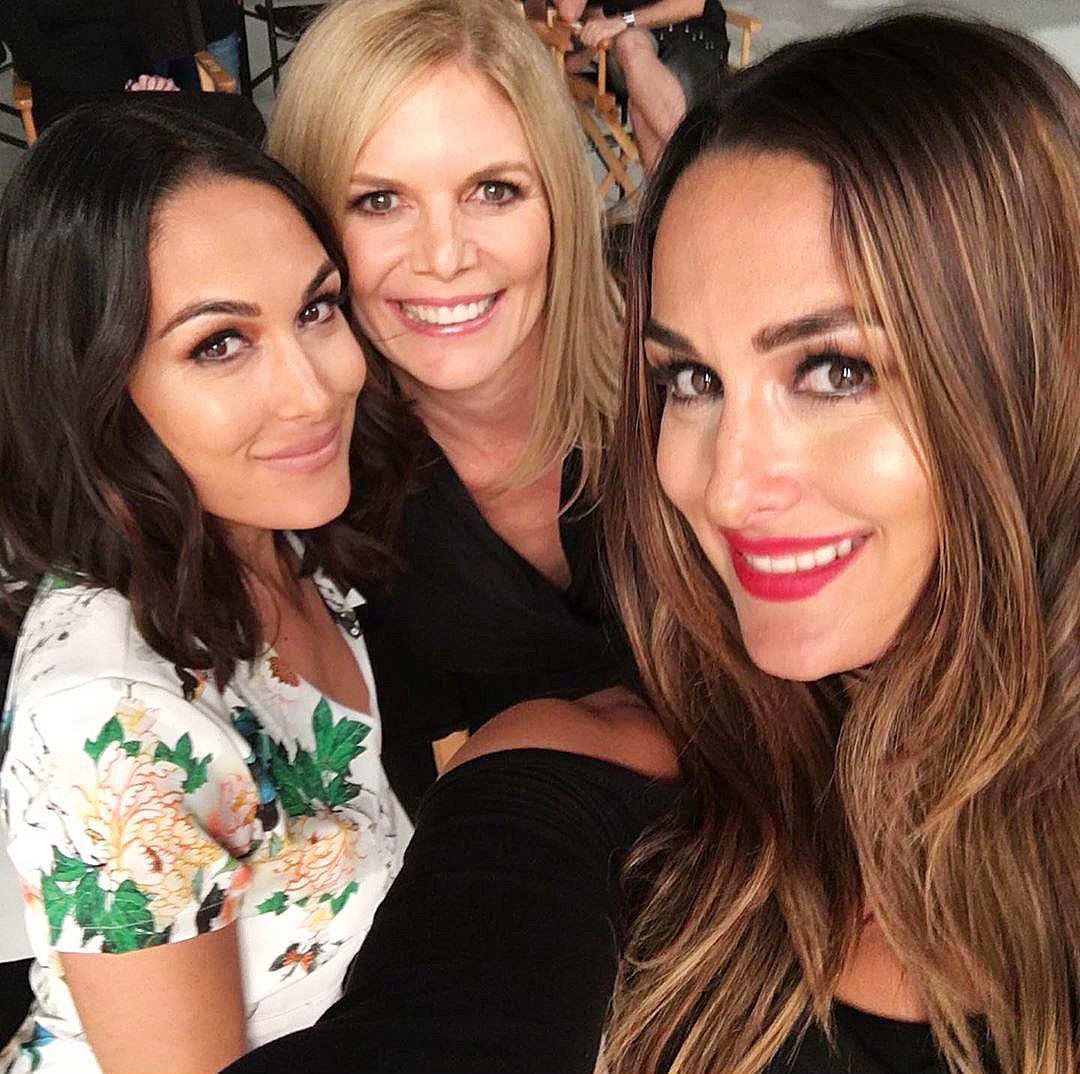 She added, “She’s loved by so many of us and just pray that her road to recovery is exactly what we are hoping for so we can put two new grand babies in her arms soon. Love you SOOO much Mom! You have a big Bella Army out here praying for you!!”

Brie, also 36, asked her Instagram followers to “send Mama Bella all the prayers and love” too as Laurinaitis, 55, heads to the operating room.

“They realized she doesn’t have Bells Palsey but a mass on her brain stem,” she wrote. “Couldn’t sleep because I was praying all night. She’s a strong one and I know all her angels will be with her. … Love you Mom @kathylaurinaitis.”

Today my mom goes in for brain surgery. They realized she doesn’t have Bells Palsey but a mass on her brain stem…..couldn’t sleep because I was praying all night. She’s a strong one and I know all her angels will be with her. #BellaArmy send Mama Bella all the prayers and love today ??? Love you Mom @kathylaurinaitis

Laurinaitis has appeared on her twin daughters’ E! reality series, Total Bellas, since it premiered in 2016, the same year she married retired WWE wrestler John Laurinaitis. In the fifth and most recent season, she expressed worry about Nikki and Brie reconnecting with their biological father, Jon Garcia.

The news of Kathy’s surgery comes in the midst of Nikki and Brie’s pregnancies. They are both in their third trimester and due less than two weeks apart.

Nikki, who was previously engaged to John Cena, is expecting her first child, a boy, with her fiancé, Dancing With the Stars pro Artem Chigvintsev. Brie, meanwhile, has her second child on the way with her husband and fellow wrestler, Daniel Bryan, after welcoming daughter Birdie, now 3, in May 2017.

Kathy is also the grandmother of her son JJ Garcia’s two daughters with his wife, Lauren Garcia: Vivienne, 3, and Alice, 22 months.