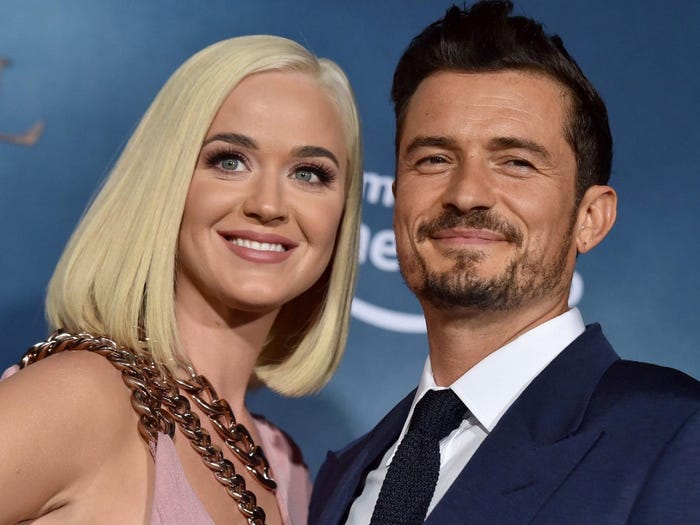 Miranda Kerr said that she is "so happy" that her ex-husband Orlando Bloom found his new partner, Katy Perry.

Kerr appeared on "The Drew Barrymore Show," where Barrymore called Kerr "dope" for her loving views towards Perry.

"I adore Katy and I just feel so happy that Orlando has found someone that makes his heart so happy," Kerr said. Kerr and Bloom were married for three years and share a child, 9-year-old Flynn, together.  Kerr said that the "most important thing" is "for Flynn to have a happy father and a happy mother."

"We really do always think of what is the best thing for Flynn."

Kerr and Bloom began dating in 2007 and eventually got engaged in 2010. A month after their engagement, they got married — with Flynn being born a year later. However, the two divorced in 2013.

Australian supermodel Kerr then began dating Snapchat co-founder Evan Spiegel in 2015. She and Spiegel married in 2017. Meanwhile, Bloom entered into an on-and-off relationship with Perry starting in 2016. After splitting up in 2017, they got back together in 2018 and became engaged in 2019.

"When it comes to special occasions, when we have to be together, we work it out so we have compromises [about] what is best for our whole family."

Kerr has two more children with Spiegel (born in 2018 and 2019, respectively), while Bloom recently welcomed his second child after Perry gave birth in August.

Bloom told "The Ellen DeGeneres Show" that he believes their daughter, Daisy Dove Bloom, looks like a true mixture of both him and Perry.

"It was funny because when she first came out I was like, 'Oh it's me, it's a mini-me!' Then, fortunately, she got those Katy blues, which was perfect."