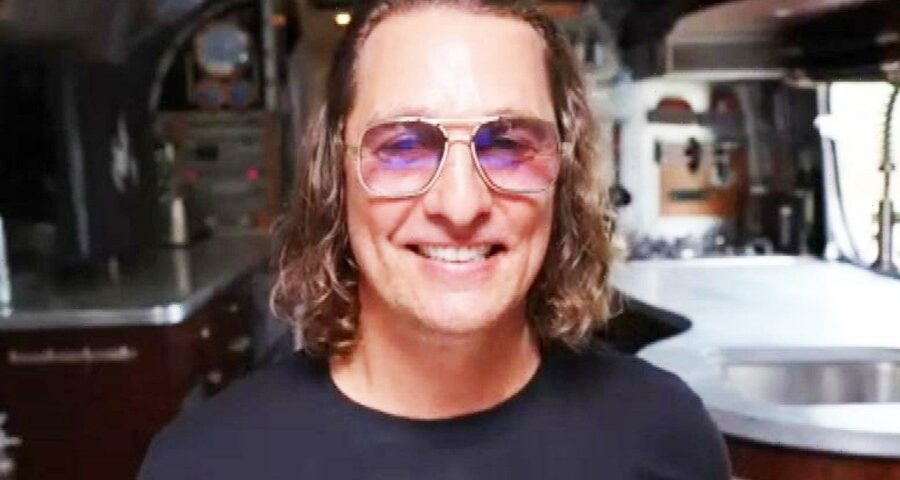 Matthew McConaughey fell in love with soccer over time, thanks to his wife, Camila Alves.

The Oscar winner is co-owner of the Major League Soccer club Austin FC, and on Saturday, McConaughey’s new club will take the field for the first time opposite his buddy Will Ferrell’s Los Angeles FC team.

“I played a little a bit of soccer as a youngster but soccer was not my game,” McConaughey tells ET’s Kevin Frazier. “But then I marry this woman and she is from Brazil. If you are going to marry a Brazilian woman, soccer is not something you talk about, soccer is something in your blood.”

“So soccer became more important in our household and we have three children,” he shares. “So my kids pick it up, so I pick it up…It became important to me that way. And then a friend opened up an opportunity for me to come on as a co-owner with them and I said yes.”

Last year, the actor checked out the Los Angeles team and “loved” the atmosphere. “The supporters section, chanting through the game and after the game, never sat down,” he recalls. “It was wild, intense, fun, and everybody was all in.”

Texans are taking it all in as well. Austin FC season tickets are already sold out and there’s a waitlist to see the team at their new Q2 Stadium.

“The city’s got the fever. We got the fever. We’ve had the fever for soccer long before FC even got here,” he elaborates. “It’s our first pro team. It’s the first time our city, Austin, can root for a team.”

And McConaughey couldn’t be more ready to “roll the camera” on the team’s first game, noting that, in a few years, he might even be cheering on his own Austin FC kids.

“Oh yeah, they got [the soccer fever]. They got the momma’s balance not the dad’s balance,” he says. “It’s already gotten to that stage. We go in the backyard, it was just a couple years ago where if I really tried, I could school ’em, and it’s starting to happen the other way now…They’re starting to whoop me!”

For more on McConaughey see below.