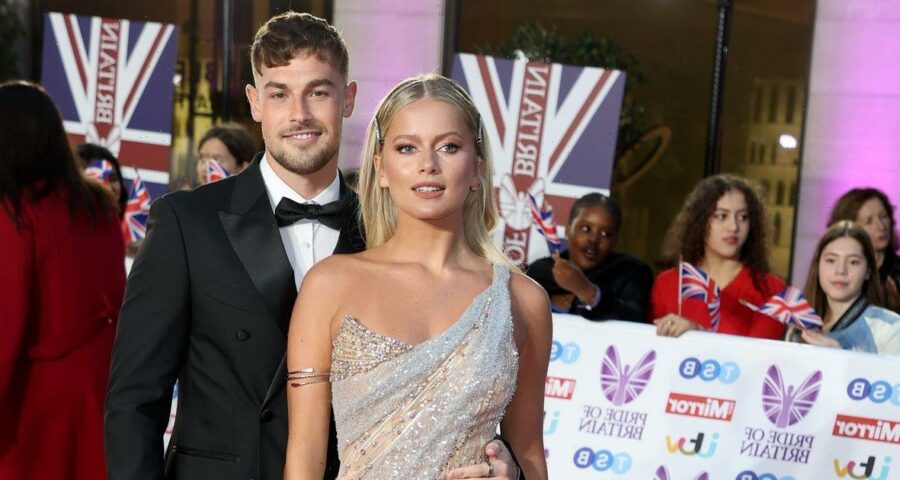 Speaking to OK! at the at the Pride of Britain Awards, Andrew, 27, addressed the cheating rumours, saying: "I mean, were we expecting it? Ahh. I mean."

Tasha, 24, then added: "I wouldn't say we're hugely surprised, but we just stay out of it. It's not really any of our business and we hope they're both good."

The cheating accusations began to spread on social media after Adam was snapped on two separate occasions on nights out with his arms wrapped around other women. He has continued to deny any claims of cheating.

The loved-up pair also discussed their plans for the upcoming festive Christmas season.

"We just want to do all the usual stuff like Christmas shopping and seeing family, we can't wait," said Tasha.

Continuing, Andrew said: "Yeah we'll spend the day between both of families hopefully.

"We'll see your mum [Tasha], and we'll try to squeeze everyone else in. We're going to do the rounds!"

Since leaving the villa in fourth place, the couple have moved in with one another, and are said to be shopping for engagement rings.

In a previous conversation with OK! Tasha discussed saying 'I Do' with her beau.

The model and dancer told us: "He knows what ring I want. He knows the shape I want and what colour.

"I’ve said to him I want to try it on first as I really want a nice baby blue or aqua colour stone and I need to see if the colour suits my hand."

She explained further: "He actually said to me the other day, ‘Should we just go ring shopping?’ and I was like, ‘Are you ok?’”

Giggling, she added: "I think he just wants to know for the future!"

As the happy couple moved in together after finally finding their dream apartment in September, Tasha took to YouTube to share the news with their fans.

She made the announcement in a video using British Sign Language in a bid "to highlight the missed moments experienced by the deaf community".

In the clip, the model signed: "Andrew and I have talked about moving in together for a while. We've finally found our dream place! It's official!

"It's our perfect first home in East London and I'm so excited about all the memories we're going to make."

Tasha added: "We're also excited to go furniture shopping for a big sofa so we can relax, watch movies and cuddle."