Liam Payne stood up for his former One Direction bandmate, Harry Styles, after Styles received backlash for appearing on the December 2020 cover of Vogue magazine in a dress.

The 27-year-old singer said he thought the "Watermelon Sugar" crooner's photoshoot was "great."

"I think he’s enjoying himself and he’s free to do as he wishes," Payne said in an interview with Roman Kemp on the Capital Breakfast radio show heard in the U.K. "And, you know, I just think that people don’t need to be so bothered about stuff."

"There’s been a lot more stuff going on this year than whether or not he’s wearing the right clothes in someone else’s mind," Payne continued.

LIAM PAYNE ON ONE DIRECTION: STAYING 'WOULD HAVE KILLED ME'

Styles, 26, caused an intense debate online when he appeared on the cover of American Vogue magazine in a lace Gucci ball gown. 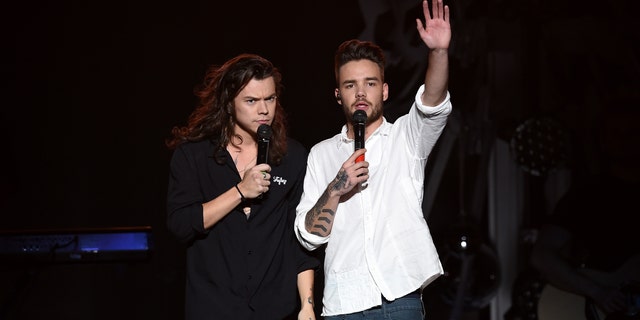 Many people commented that his photoshoot wasn't "manly" and criticized how he was wearing traditionally women's clothing.

Styles responded to the backlash in an interview with Variety

"To not wear [something] because it’s females’ clothing, you shut out a whole world of great clothes," he explained. "And I think what’s exciting about right now is you can wear what you like. It doesn’t have to be X or Y. Those lines are becoming more and more blurred."

The Brit became the first man to cover American Vogue solo with the December issue.