Kelvin Fletcher caused a Twitter stir after he shared a post from Strictly Come Dancing’s official account. The Emmerdale star hinted that he should top the list, as viewers placed their votes for the best moments in the dance show’s history.

But the 36-year-old’s tweet was cheekily dismissed by Neil Jones, 38, in a bold response, after the professional dancer cheekily revealed the celebrity he would like to see be voted the champion.

It comes after Kelvin shared a message from BBC Strictly which read: “What’s your top #Strictly moment of all time?”

The post also featured a number of celebrity contestants and professional dancers over the years.

Kelvin tweeted: “When that farmer guy came in to cover for someone and shaked his little hips and ended up winning.” 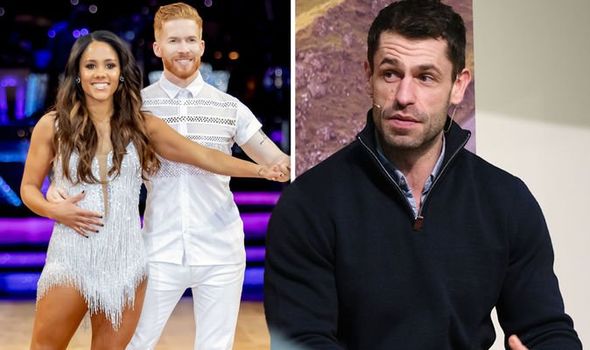 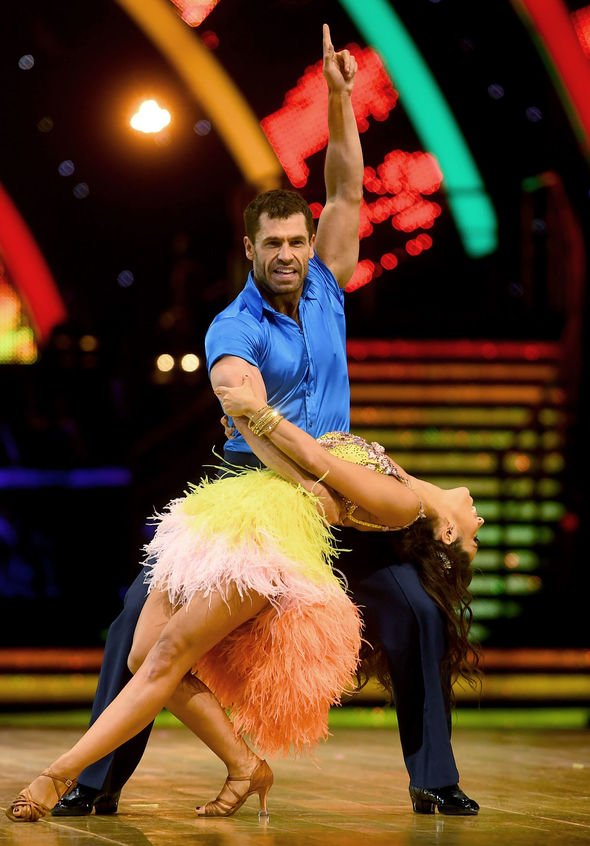 The Emmerdale actor – who played Andy Sudgen in the ITV soap – is best remembered by viewers as working as a farmer in the Dales.

Neil took the opportunity to retweet Kelvin’s message and make a cheeky swipe.

He penned: “I didn’t know @JayMcGuiness was a farmer.” 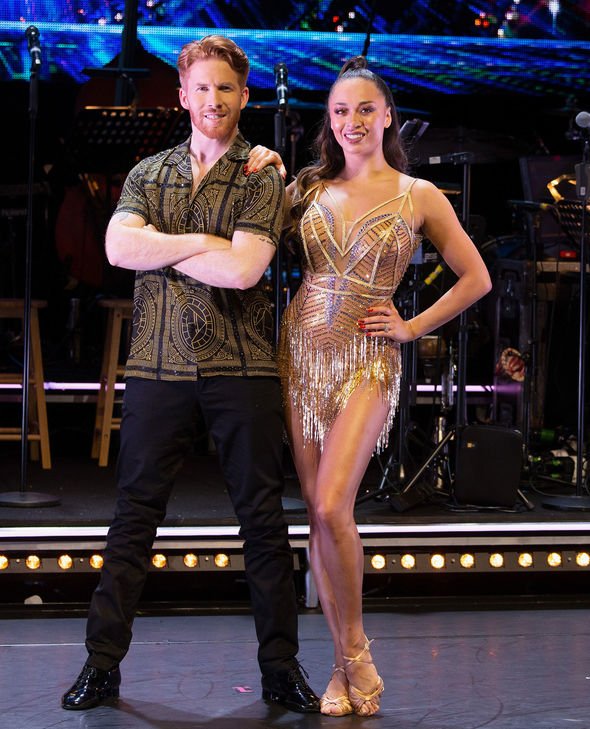 Fans flocked to comment on the post, as one person said: “Ha ha. You are cheeky Mr Jones.”(sic)

But other viewers were certainly rooting for Kelvin to secure the popular vote.

A third person tweeted: “Absolutely adored you from week one! Well, before that because I watched you in Emmerdale.” 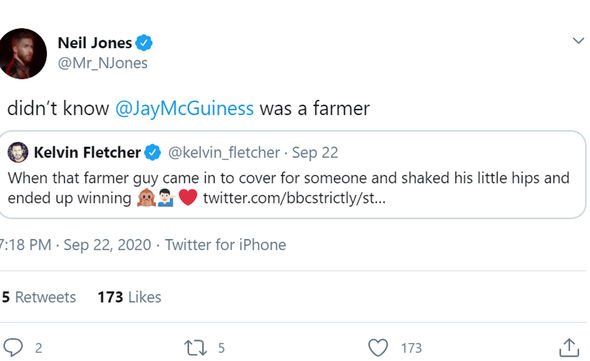 “Well he certainly did shake those hips and was a well deserved winner,” another person quipped.

Neil’s cheeky swipe comes after it was reported that he won’t be partnered with a contestant this year, and will instead only take part in group routines.

Last year, the dancer was paired up with his first-ever celebrity, Alex Scott.

It comes as a source said: “After a lot of discussion it was decided that Neil will be dropped from the line-up of professional dancers so he won’t be partnered with a contestant.

“He will still be part of the show but only in group routines. So viewers won’t see much of him anymore.”

The insider explained to The Sun it was “tough” for Neil to take the news after only having one year as part of the main line-up.

Express.co.uk contacted a representative for Neil Jones at the time.

Strictly Come Dancing returns to BBC One next month.