On Friday she flashed her $5 million engagement ring as she went solo to Barry Diller’s exclusive pre-Oscar Party for the stars in Beverly Hills.

And on Sunday Katy Perry and fiance Orlando Bloom were together when they arrived at Jay Z and Beyonce’s Oscar bash in West Hollywood.

The stylish couple were perfectly dressed for the reportedly secret A-list gathering with Orlando, 42, in a smart black tuxedo, white dress shirt and bowtie. 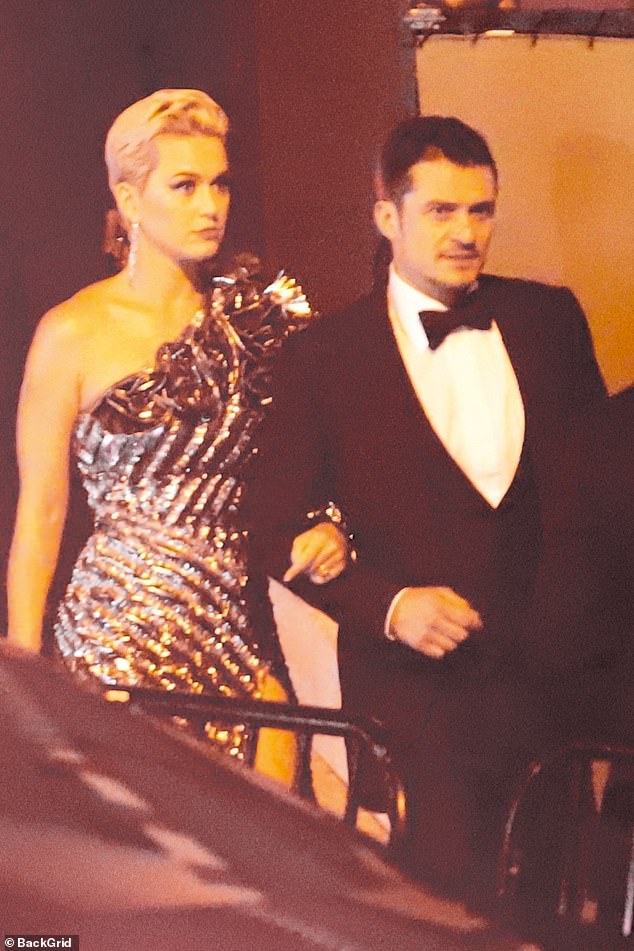 Katy, 34, looked devastating in a one-shoulder silver and black gown with a deep ruffle around her neckline and a thigh-high split.

Her short blonde hair was styled to add height and swept back from her face as she walked arm-in-arm with her beau.

She accessorized with glittering earrings…and her fabulous ruby and diamond ring.

The couple surprised their fans by announcing their engagement on February 15 on social media. 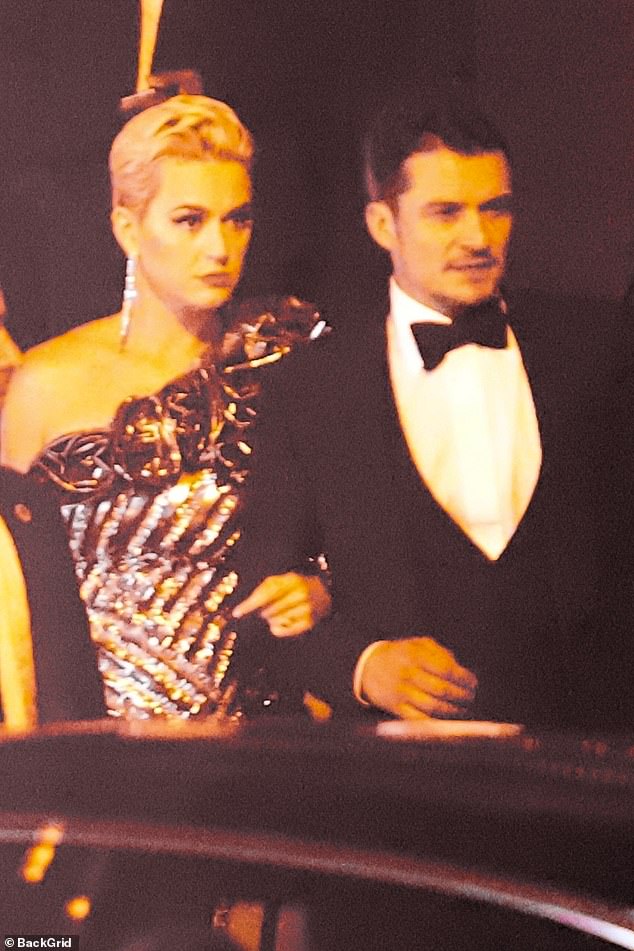 The ultimate accessory: Katy, 34, arrived on the arm of British fiance Orlando, 42, flashing her $5 million ruby and diamond engagement ring

Both posted instagram snaps showing one eye and Katy’s stunning ring, against a back drop of red heart balloons.

Orlando captioned his shot, ‘Lifetimes’ while Katy made a play on his name by writing ‘Full bloom.’

The couple first got together in January 2016 at a Golden Globes bash. But their relationship has been on-off since then. 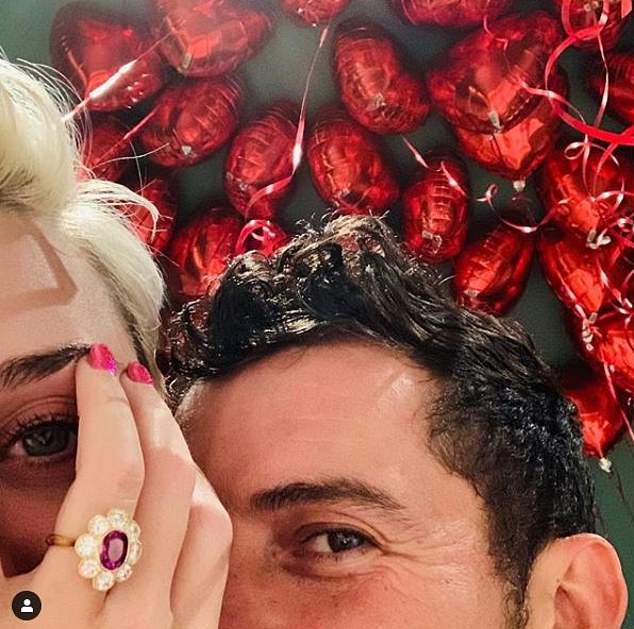 Cute snap: The couple both posted the same shot on Instagram on February 15, the day Orlando proposed,  with  the actor captioning his ‘Lifetimes’ while Katy wrote ‘Full bloom’

In March 2017, the stars officially took a break both of their reps told People at the time.

However, they remained friends and by February 2018 they were officially back on.

And now, of course, they intend to be back on for life. 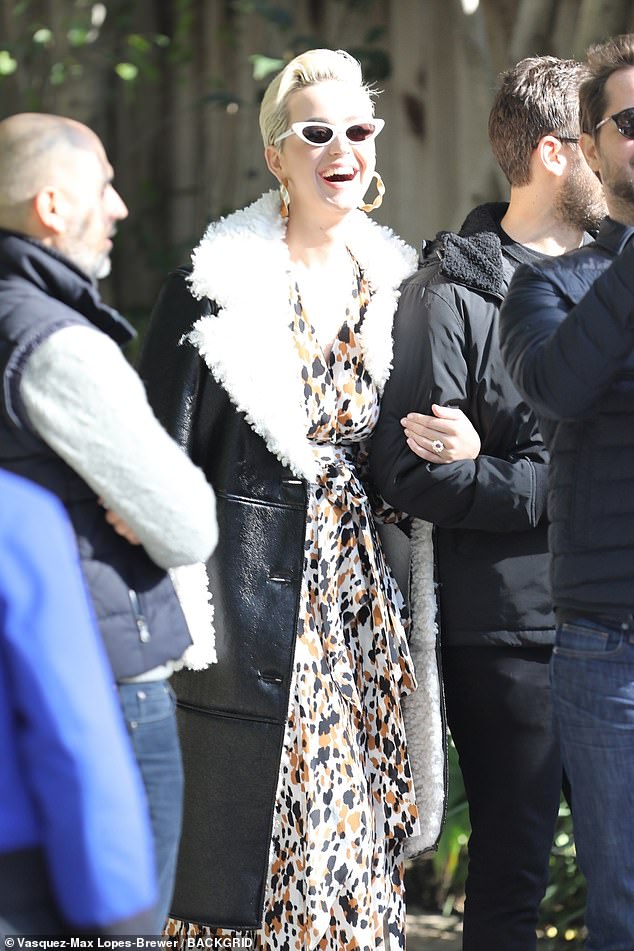 Solo run: Katy flashed her $5 million ruby and diamond enegagement ring when she was sen at Barry Diller’s pre-Oscar Party for the stars in Beverly Hills without fiance Orlando on Friday