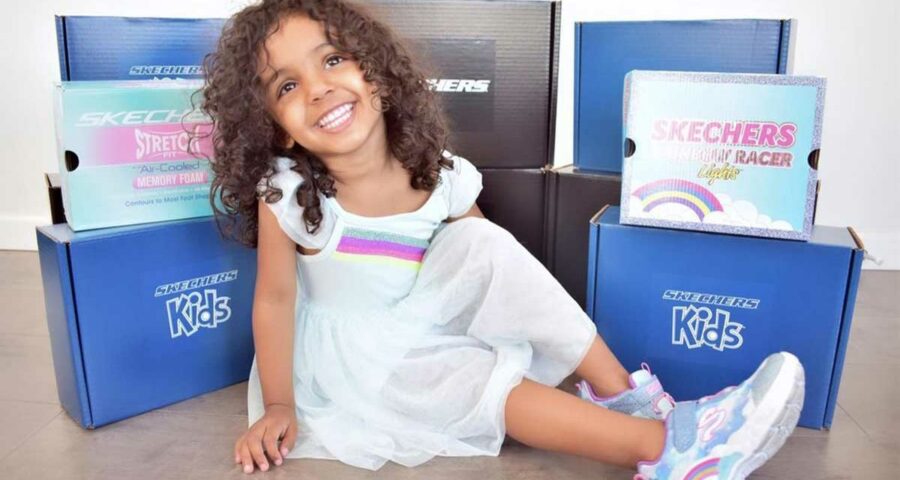 At 12 months, Kashe — the youngest member of Mensa International – was identifying alphabets, even if she could not say them.
By 18 months, she was identifying shapes, colors, all the fifty states of America and naming planets by memory.
The 2 year old can also, hold your breath, identify the periodic table.

A 2-year-old child from Los Angeles has become the youngest member of Mensa International, an elite and exclusive club of the most intelligent people in the world.

At 12 months, Kashe was identifying alphabets, even if she could not say them.

By 18 months, Kashe was identifying shapes, colors, all the fifty states of America and naming planets by memory.

She can also, hold your breath, identify the periodic table.

“It started with her very early and most of the stuff that I did with her was self created curriculum,” Sukhjit ‘Sue’ Athwal an educator and Kashe’s mother, tells Rediff.com US Contributor Abhijit Masih.

“We noticed that her memory was really great and that her vocabulary had exceeded what her normal age group should have been”.

Kashe’s many stunning accomplishments as a two year old is that she can construct sentences of 10-15 words and can speak two sentences or more at a time.

As a sample: “First we go to the gas station, then we go to the store because we need vegetables,” says Sukhjit.

She speaks to her infant as she would to an adult. She does not shorten sentences and makes it impactful so that Kashe can process these conversations and understands them clearly.

“I Love you Mommy and I like spending time with you”, is the most adorable sentence that Sukhjit remembers Kashe telling her.

In terms of behavior, little Kashe knows how to show empathy. She has a good assessment of when someone is sad or someone is frantic. Like when her mother pretends to cry, Kashe rubs her back and consoles her and tells her “It’s ok Mommy, I’m here and I won’t leave you”.

You would be lucky to get that from kids of any age. The youngest member of Mensa was chosen to be a member of the special club due to her IQ level of 146.

To put it in perspective, the average IQ of an adult American is 98, as per worldpopulationreview.com. To be a member of Mensa, you have to have an IQ of above 132 (the Stanford-Binet Test).

Noticing the early signs, Kashe’s pediatrician advised her parents to keep documenting and recording her progress. Sukhjit and Devon kept him updated with Kashe’s advanced ability for her age.

“It was when she was 2 and started recognizing the states and learning the elements and had an advanced vocabulary that we explored the idea of getting her tested,” recounts Sukhjit about the IQ test conducted through the pediatrician.

The test was conducted by a psychologist who was qualified to administer the test for Mensa. The test results were subsequently submitted to Mensa and that’s when Mensa approached Sukhjit and Devon, stating that Kashe’s test score qualifies her for its program.

“We knew the IQ was high, but we were in shock when the results came out”, recalls Sukhjit about the day they received the result.

Soaking it all in, they also had to figure out what this means to them and what they need to do next.

“The test gave us guidance for what to do as parents to be able to make sure that we offer to her opportunities, proper education and exposure not just academically but also socially and emotionally in order to support her as she grows”, she sums up the meaning of the test for them and their responsibilities towards their child.

Mensa organizes various events and activities for its members to satisfy their diverse interests.

The members along with their parents that are in similar situation, interact with each other and exchange notes on how to raise a child with a unique gift within them.

“It is a small network of members and parents who attend these gatherings and figure out what is best for their child. Over all it is a great support community for a group of children who are different, in a sense, from others,” says Sukhjit.

Currently due to the pandemic Mensa social gatherings have been cancelled for now and are expected to resume from Fall this year. Apart from being a mother to the youngest Mensan, Sukhjit also runs The Modern Schoolhouse in South Pasadena, California.

The school practices innovative teaching and self-created curriculum for early learning. It is here that Kashe is enrolled, socializing with other toddlers her age. She is also learning on how to communicate with children her age and to learning the all important quality of sharing.

Kashe loves to read and paint over the weekends. She likes spending time with her parents, who like any parents, are ruled by the musings of their kid. She decides the activity and they go with it.

“Overall she is a normal toddler, in terms of how she spends her day, but she just has this unique gift in what she can perform with her intelligence,” says the understandably proud mother. Kashe Quest may go on to achieve great success in life, but for now her parents are not concerned about her progress and rushing her through to college.

As a childhood educator herself, Sukhjit advocates that childhood is the most important years and she wants Kashe to experience everything that children should experience at her age.

“Our goal is for her to finish school and to create a person that shows sympathy and is kind and in helping to make this world a better place,” says Kashe’s mother about her plans for the youngest member of Mensa.