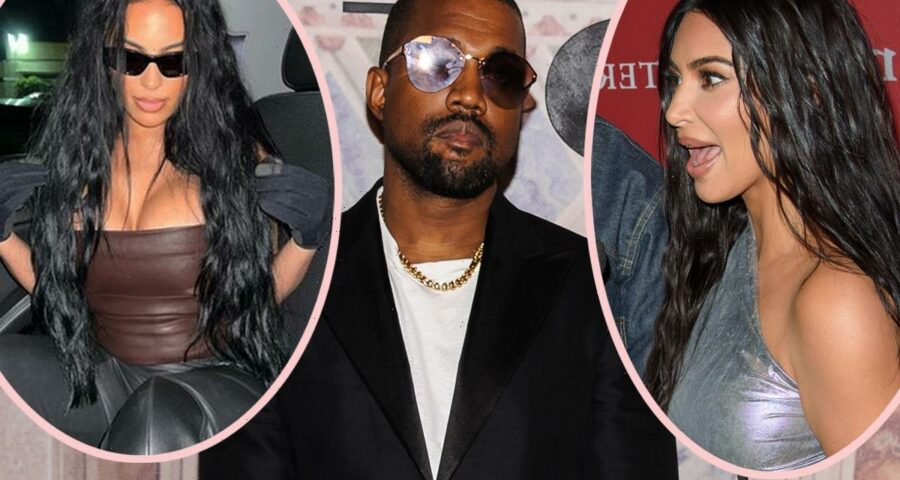 Straight from the show pony’s mouth?

Ever since Kanye West started dressing up Julia Fox like his ex, we’ve gotten the feeling a good portion of his latest public “relationships” were just for show. Julia herself has recently confirmed that only certain “elements” of the romance were real.

As for his next “girlfriend”? Chaney Jones? Well, the fact she’s primarily known for being a Kim Kardashian lookalike, that speaks volumes, quite frankly, about Ye’s intentions with her. We’ve already heard at least one inside source who claimed they weren’t really even together together, and it was more of a “muse” and artist situation.

But now another source is blowing the faux fling wide open, claiming Ye is actually pretty open with friends that this is all for show — a show with a single audience member in mind!

Yep, this insider corroborates the theory that Kanye is just trying to make Kim “jealous” after seeing her with Pete Davidson! The source tells The Sun:

“Kanye’s latest relationship with Chaney Jones is not real at all. He chose Chaney because she is a lookalike of Kim, they are almost identical. He just wanted her on his arm to try upset Kim.”

According to the insider, it’s something of an open secret with Ye’s inner circle as the Power rapper “has even told friends the whole thing is for publicity as he knew he would be photographed with her.” The confidant explains:

“In his mind it will make Kim jealous — even though Kim has clearly moved on.”

Yes, once again this is popping up, this idea that Kanye never took the divorce seriously — essentially downplaying Kim’s agency in their relationship — until another man got involved. The insider says:

“Seeing Kim with Pete is driving him insane, and this is his way to get back at her. He’s only just started to realize that his divorce is for real and can’t stand that he has lost Kim.”

“He has no intention of starting a relationship with anyone right now but likes being pictured with other women because he likes the attention it brings him and he knows that the pictures will reach Kim.”

The pictures will reach Kim — but will they affect her? We’re not sure Kanye has thought through this plan very well. The “making your ex jealous” and bullying her new guy tactic is already very high school. But when it’s pretty likely it’s going to be exposed for the hollow show it is? It just reeks of the least attractive thing there is: desperation.