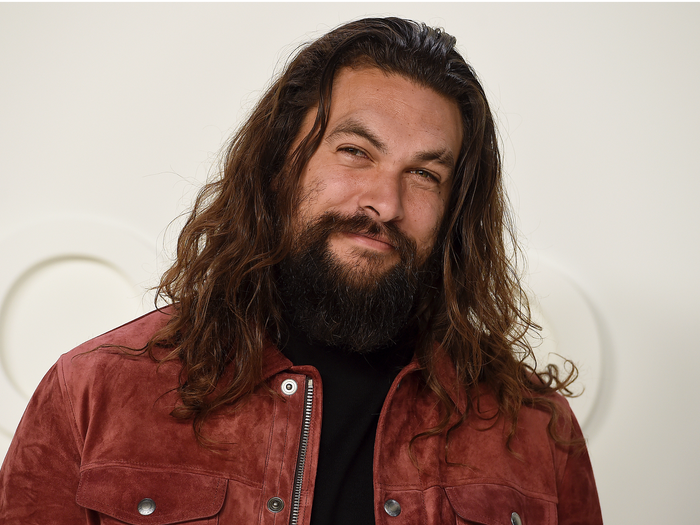 Jason Momoa's daughter, Lola Iolani Momoa, turned 13 in July and the "Aquaman" star cried at the idea of her starting to date.

"I'm not going to do well with it," the 41-year-old actor said of his daughter, who he shares with wife Lisa Bonet, in a cover story for the December 2020 issue of Men's Health.

"I'll just hate it if she brings home some dips— bad boy," Momoa continued. "I'm like, 'If you find a man who treats you better than I [treat Bonet], good luck!'"

Momoa and Bonet met in 2004 at a jazz club in LA and welcomed Lola in 2007. The following year, Bonet gave birth to their son named Nakoa-Wolf Manakauapo Namakaeha Momoa.

The couple got legally married in 2017, after more than a decade together.

Momoa has gushed about daughter Lola a few times on social media.

To celebrate her birthday in 2019, the actor took his family to see "The Lion King." He also called himself a "lucky papa" in a separate post about his daughter.

In March 2020, Momoa posted a video of Lola riding a bicycle while drinking water from the actor's Mananulu Pure Water brand, then throwing an ax at a target.

He also opened up about his concerns about his daughter dating during a 2019 interview with Kelly Clarkson.

"Lola is a saint," the "Dune" star said when asked about the subject. "She is gonna be a nun."

Momoa went on to say that he didn't think his daughter was interested in boys yet, but "it's gonna be fun when the boy does arrive."

"All those weapons," he jokingly said.