There is no doubt that SpaceX is a real success story. It did not become a success overnight. Elon Musk has been working on it since 2003. 17 years of hard work took SpaceX to where it is right now.

The philosophy adopted by Elon Musk was that everything from design, manufacturing and testing was done under one roof, not only literally, but physically also.

One end, the raw materials and components go in and from the other end, rockets and spacecraft come out.

You compared what SpaceX does with what ISRO does.

Yes, SpaceX functions exactly like ISRO. Certainly, the work setup and culture is ditto that of ISRO.

NASA was a great organisation that had great technology including the first manned missions. That was from the 1950s to the 1970s. NASA was at the peak of its performance and became the top leader in space technology.

By the end of the 1970s, vested groups started making a noise, that NASA had not been running properly, etc.

Just like what is happening in India against ISRO right now?

Absolutely! What happened after this was NASA started giving sub-contracts to private players for every programme. The net result was that the cost multiplied several times.

Just to maintain the space station itself, they had to shell out billions of dollars.

The entire money was draining on the sub-contracts, but NASA was not able to show any substantial results.

That was the time the space shuttle failure happened. They had to send men and supplies to the space station and for that, they were totally dependent on Russia.

Only Russia had the rockets available then. Of course, the Chinese had rockets, but NASA had not used it then.

During the Obama regime, they raised the question: When would they have a replacement for the space shuttle?

NASA was rudderless on new vehicle development and its industrial partners came up with a $5 billion project to provide a new launcher for manned missions.

That was when SpaceX came with a proposal of $500 million.

There was no government funding to SpaceX; Elon Musk put in all his personal funds into the project. Only later, some donors came.

He spent around $800 million to develop a man-rated vehicle (capable of carrying a manned mission).

Where is $5 billion and where is less than $1 billion?

This is why I said NASA’s mismanagement gave a private player like Elon Musk an opportunity to excel in the space programme.

But here in India, I cannot see an Elon Musk anywhere!

Leave alone billions of dollars, one has to find some source to shell out even $100 million.

In that context, saying the private industry will come and transform India’s space programme is real moonshine!

The government has been talking about the PPP model for every industry, but we don’t see confidence in the private sector to start anything in the PPP model in any sector.
So, do you feel in the space sector, it is out of the question? 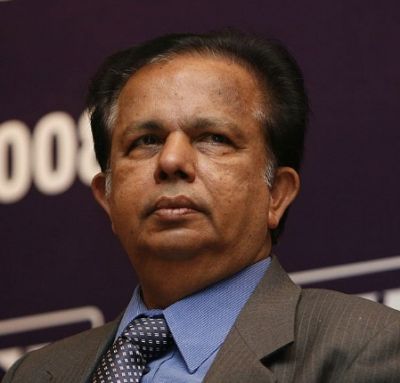 The government has been talking to various industrial houses for the last 10 years. So far, we have not seen anyone showing any interest.

Last year, the government started a company owned by the Department of Space, NSIL.

The mandate given to NSIL is to involve private parties by transferring technology to them so that they will be able to hand over major space projects to them.

In a couple of years from now, we may see something happening.

The point is, all this is fine with the application part like communication, merging data, etc.

But when it comes to rockets, there is no difference between missile technology and launch vehicle. And there is no way to ensure security when private players are involved in such a crucial technology.

There has to be a legal framework by which you can bind private players before technology is transferred.

If the technology falls into wrong hands, they will be able to point the rocket to any part of the world. So, there is a big danger involved.]

I feel if you make NSIL, which is currently owned by the government, a joint venture involving private players, it will be a right model to start with.

Then, perhaps more and more industrial participation will come in and they can bring in the capital which will ease government funding.

Is the newly created Indian Space Promotion and Authorisation Centre on the same lines?

But for this new initiative to succeed, the first requirement is to have a comprehensive space policy which only can ensure security, and also safeguard critical technologies.

You said you do not see an Elon Musk anywhere in India.

(Laughs) I will tell you a real story that happened in 2012.

I was chairing a high-level committee on building passenger aircraft in India.

As you know, India does not have a commercial aircraft of its own. We put up a proposal on how it can be developed in the country, and recommended a public private partnership for that.

Dr R R Kelkar was instructed to talk to the industrial houses. But none of them ventured to take the risk of developing aircraft in India.

After two years of dilly-dallying, it was handed over to HAL to jointly develop a 90-seater aircraft in partnership with NAL.

Even today, it has not gone to the drawing board!

If you had started the work in 2012, by this time, we would have had our own aircraft for all our internal flights from all our small to medium airports.

Not only that, over a period of five years, we would have brought a Rs 50,000 crore income to the government!

Around the same time, the Chinese started planning on making small aircraft. Today, they are flying in the skies. Not only that, they have even started work on making big aircraft with larger passenger capacity.

It is high time the private sector makes investments in R&D in high-tech areas and also ventures into new horizons.