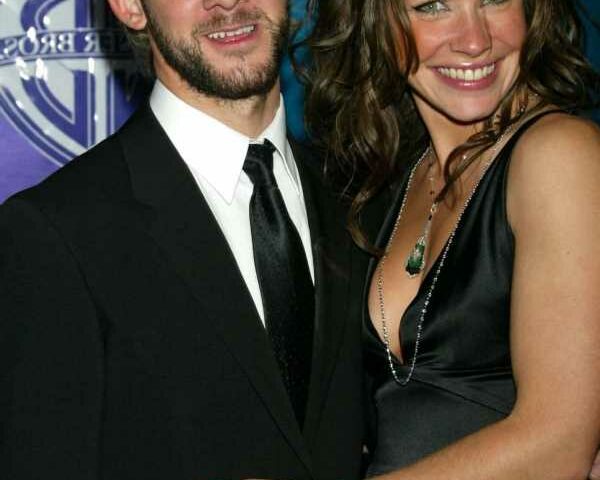 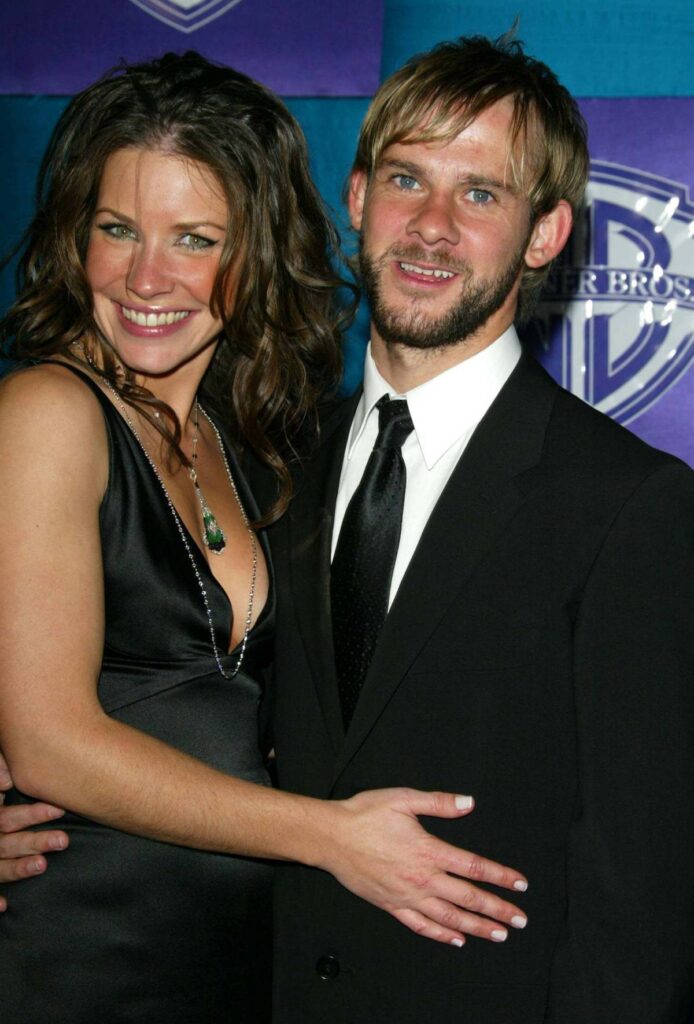 Anna Faris has really found her footing with her Unqualified podcast. She not only has a knack of putting her guests at ease, she finds just the right angle to get them to open up about a topic. The stories that come from her episodes sound like therapy sessions. The latest one from Dominic Monaghan is no exception. He laid bare his heartbreak over his break-up with Evangeline Lilly. The couple starred together on Lost and began dating in 2004. Things ended in 2007 when Evangeline started seeing someone behind Dominic’s back. He’s only gone public with it once, when he responded to a tweet about Evangeline with, “Nah, I don’t date cheaters.” But he expounded a lot more to Anna. Dominic said Evangeline was the only time he’s ever truly had his heart broken. They’d talked about marriage and kids in their future. And when he was told she was cheating, he found out everyone on Oahu where they were shooting knew, so he was mortified too. However, Dominic recognizes his addictions at the time played a part in pushing her away. And that the whole painful experience led him to sobriety and stronger relationships with people.

On their relationship: I’ve only really got my heart broken once in my life. I was dating an actress on Lost called Evangeline Lilly, who, you know, has gone on to have a name all of her own. And yeah, you know, I don’t really know how she would explain the narrative, but from my point of view, it was probably the first time in my life that I was just kind of all in.

He admits his addictions played a part: I was always the guy that wanted more. I always wanted to drink more, take more, stay up the latest, go on benders. And I just thought that she was OK with that. I think probably she was consistently exploring the idea of like, ‘Well, this is OK for a time, but, you know, he’s not gonna be a great dad or a great husband because he’s got all this work to do,’ which I certainly did.

There was crossover: I think she was kind of looking around to see what else was an option, and unfortunately, there was a little bit of a crossover, which was pretty upsetting for me. It just kind of exploded in my face.

How he found out: To say I was devastated is an understatement. I had to be told by a third party like, ‘You do realize that she’s with this guy,’ when we were together. And I was like, ‘Wait, what?’ And this person was like, ‘Yeah.’

I genuinely think that they were trying to help. They were just kinda like, ‘You don’t have all of the facts, and we do. And there’s kind of a chance that, you know, the island of Oahu is laughing at you. And I was like, ‘Oh, well, thank you for the transparency.

The bad and the good: I think like losing that potential was super sad, but it also got me to where I am as a person. So I’m very happy that it all happened

This is difficult because I really like Dominic and I’m not a fan of Evangeline, but I can’t totally fault her. I don’t like the cheating part, that always sucks. But if she’s in love with this guy and wants to forge a future with him and he’s falling deeper and deeper into his addictions, maybe she felt confused and trapped. She’d been with Dominic for three years and was 28 years old at the time. I’m not absolving her or anything but she was young and likely had no idea how to get out of his orbit. I do feel bad for Dominic getting his heart broken and how much it’s stayed with him. It sounds like a tough situation.

The good news is that Dominic said that despite Evangeline’s deception, he’s not given up on love and isn’t even cynical about it. The bigger picture is the heartbreak snapped him out of a spiral. It sounds like he was headed towards rock-bottom and, as upsetting as that breakup was, it set him on a much healthier life. And, it saved him from settling down with a Covid-denying, anti-vaxx tool. So, see – silver lining.