Blimey, what a mess. Not just the family-of-two-halves on display in The New Wife (C5), but the dysfunctional society that encourages couples to split apart, float around and glue themselves to others like brainless amoebas.

Casual contempt for lasting relationships seems to be the norm now. Single mother Ashleigh, who kicked her hard-drinking boyfriend out of the house when their child was a toddler, clearly thought so.

She introduced herself as ‘upper middle-class’ — though the tattoos on her bare arms said otherwise. 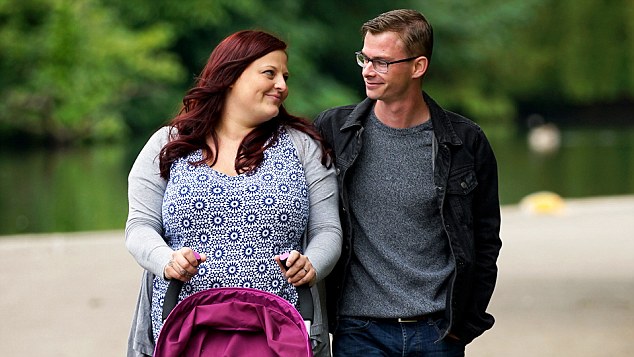 The New Wife aired on Channel Five last night as a ‘social experiment.’ However Stevens said ‘no one’s buying that, which is why it took them two years to find people willing to air this much dirty linen in public’

Now her ex, Matt, is living with a woman called Donna, who has older children. They’ve just had a baby together, Grace, and the three of them are moving in with Ashleigh and four-year-old Bella, so that we can eavesdrop on their rows. Classy.

Channel Five is pretending that this is a social experiment. But no one’s buying that, which is why it took them two years to find people willing to air this much dirty linen in public.

Matt claimed he and Donna were taking part to re-establish visiting rights to little Bella. Ashleigh, very sensibly, had stopped allowing the child to visit her father when he refused to reveal where he and Donna were living.

But this wasn’t about mediation and a dad’s right to see his daughter. It was about stand-up, foul-mouthed fights, in the back yard and the kitchen, in the street and the local park, for all to hear.

It degraded everybody involved, especially us — reduced to the level of nosey-parkers, watching from behind net curtains.

Why either of the women wanted Matt in their lives was a mystery. The night Bella was born, Ashleigh said, he stayed out drinking with mates and came home legless. He was a manipulative, self-pitying weasel, constantly shifting blame and weeping on camera.

He wore a fat metal band on his ring finger, but it appeared that he hadn’t married either Ashleigh or Donna — which gave the lie to the title, The New Wife.

Donna was a woman who could pick a fight in an empty room. She knew just what to say to humiliate her boyfriend and rile his ex.

One-night stands and a fleeting succession of women were the trademark, of course, of that icon of the upper middle-classes, James Bond. But the love life of Agent 007, as Forbidden History (Yesterday channel) revealed, was not social commentary, just a projection from the fevered sexual imagination of his creator, Ian Fleming. 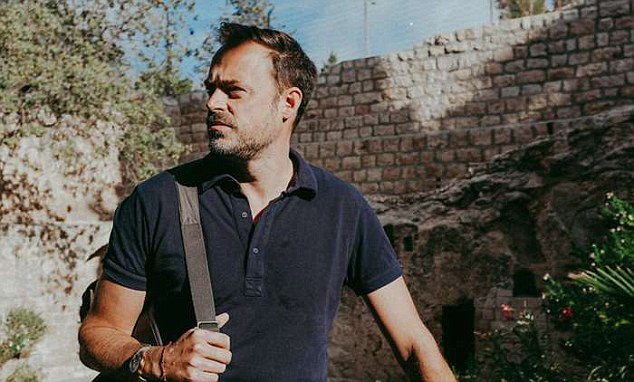 Forbidden History showed how James Bond’s one-night stands were actually a projection from the fevered sexual imagination of his creator, Ian Fleming

A date with Fleming was an invitation to sado-masochism: ‘Bring a whip,’ was the advice of one historian. Bond’s philandering had nothing to do with the reality of spying in the Cold War — though apparantly East German secret police were expected to seduce office girls from West Germany. Tinker, Tailor, Soldier, Secretary doesn’t have the same ring, though.

Presenter Jamie Theakston was having a glorious time, driving a silver Aston Martin DB5 and summoning a tubby Korean wrestler in a bowler hat to caddy his clubs around the golf course, like Oddjob in Goldfinger.

He loosed off a Walther PPK on the firing range, and visited a props wardrobe to inspect memorabilia, including a tracksuit worn by current 007 Daniel Craig on location — estimated value at auction, £20,000.

Like the tracksuit, this show was strictly for the enthusiasts, but fun all the same.