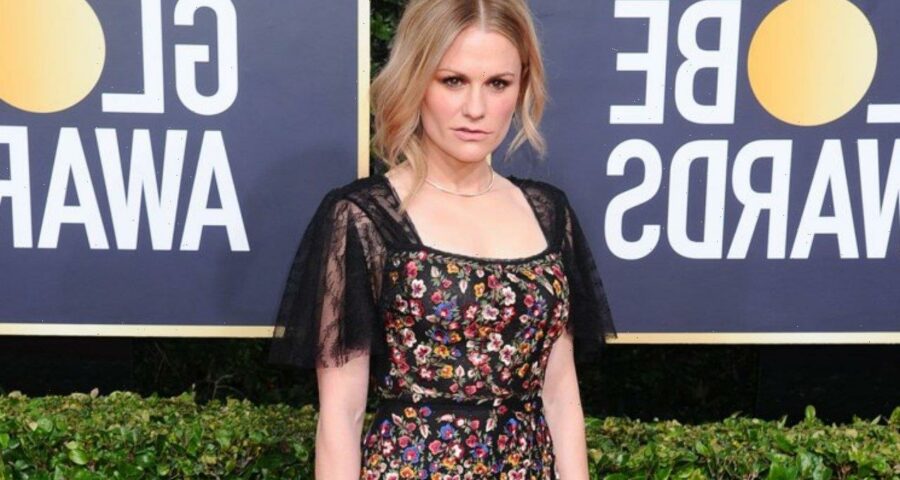 Shutting down the negative remarks she receives online, the former ‘True Blood’ star declares that she is ‘a proud bisexual who is married to a wonderful human.’

AceShowbiz –Anna Paquin has hit back at criticism of her sexuality. Addressing the negativity she received online after she celebrated the LGBTQIA+ pride month, the former “True Blood” star came up with a “you’re just an a**hole” clapback in a social media post.

Making use Instagram on Tuesday, May 18, Anna reshared a photo from a queer activist Matt Bernstein to fire back at the negative criticism. In the post, Matt wrote a message on his face that read, “It’s not a phobia. You’re just an a**hole.” Along with it, the Oscar-winning actress wrote, “I would love for us to come up with a term that doesn’t paint the bigots as victims of ‘fear’….thoughts?”

The post came after Anna shared an Instagram post to celebrate the International Day Against Homophobia, Transphobia and Biphobia. In the post dated Monday, May 17, the 38-year-old simply wrote, “As always sending love to my #lgbtqia+ siblings.”

The “X-Men” actress then took to her Instagram Story to share a negative comment she received from a fellow user. “I am getting tired of seeing ‘bi’ celebrities constantly advocate for it only to end up conventionally married to men with multiple children, living out the so-called white-picket-fence life,” the criticism read. 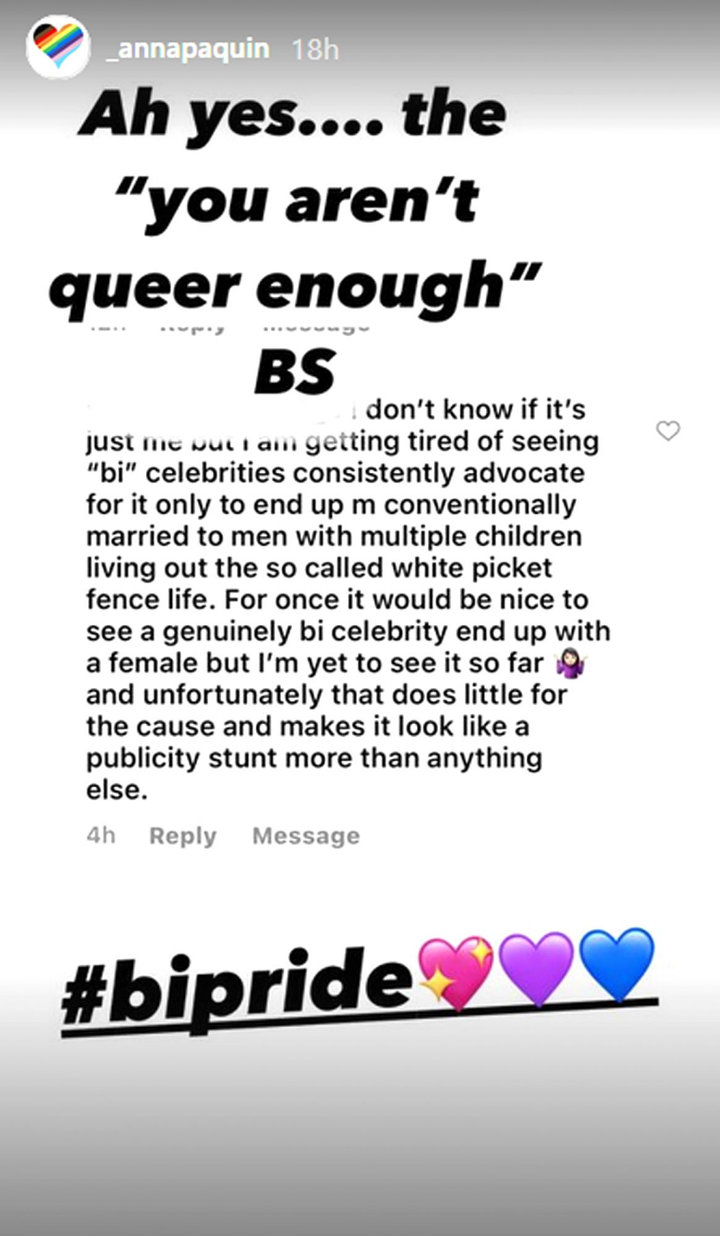 “For once it would be nice to see a genuinely bi celebrity end up with a female but I’m yet to see it so far and unfortunately that does little for the cause and makes it look like a publicity stunt more than anything else,” the negative remark continued. Over the screenshot of the comment, Anna wrote, “Ah yes … the ‘you aren’t queer enough’ BS.”

The following day, the wife of actor Stephen Moyer went on to share more Instagram posts. One of her posts read, “Hey! FYI (for those unaware) June is LGBTQIA+ pride month. So the folks who put their bigotry on display in the comment sections of my recent posts why don’t you hit that unfollow button right now.” In the caption of the particular, she wrote, “Go **k yourself.”

In a separate post, Anna issued another declaration. “I’m a #proudbisexual who is married to a wonderful human who happens to be a man,” her post read. Its caption made a reference to her husband as she noted, “If he doesn’t have a problem with it why should anyone else?”