The push in the release date means that Chehre won’t be clashing with Abhishek Bachchan’s film with Anurag Basu that also has a huge ensemble cast. 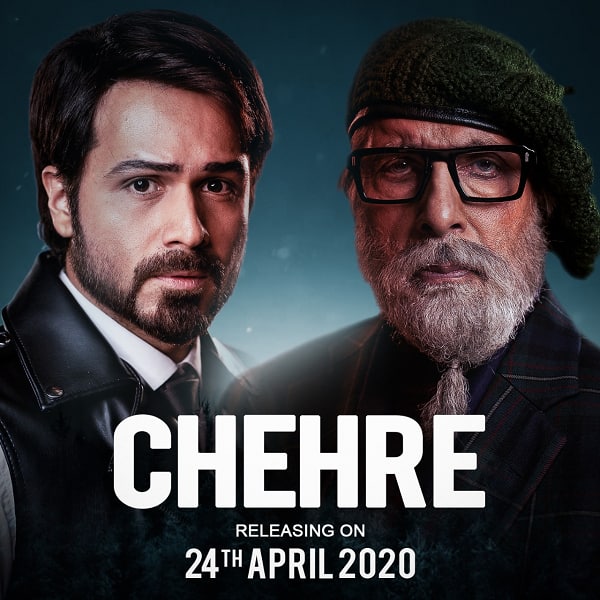 Scriptwriter Rumi Jaffrey’s Chehre has been pushed. The film was initially supposed to release on February 21, 2020 but now it has been pushed to April. It is a courtroom drama produced by Anand Pandit. The film has Amitabh Bachchan, Emraan Hashmi, Siddhanth Kapoor, Rhea Chakraborty and Kriti Kharbanda in main roles. The push in the date means that Chehre won’t be clashing with Abhishek Bachchan’s film with Anurag Basu that also has a huge ensemble cast. This year, we saw the makers reveal the looks of the cast on the occasion of their birthdays. It is a mystery thriller with zero romance angle. Big B plays the role of a lawyer while Emraan is a tycoon.

On the occasion of Big B’s birthday, Anand Pandit told IANS, “Bachchan saab is a true legend and an inspiration for each one of us. His love for cinema and zeal to learn makes him the unique actor that he is. He has completed 50 years in Bollywood and still setting benchmarks’ I’m honoured to be working with him in his 50th year.”

Sharing the poster on Instagram, Anand Pandit wrote, “50 years back the world saw the rise of a Shahenshan, 50 years later the world is still in awe of him. To the man who continues to inspire millions, to the icon who needs no introduction, wishing Amitabh Bachchan who shared 50 years of his life with us. . . @amitabhbachchan #50YearsOfBigB #AmitabhBachachan #50YearsOfAmitabhBachchan #APMP @anandpanditmotionpictures” [sic]

Big B has a number of films next year like Jhund, Gulabo Sitabo and this one. Stay tuned for more updates!