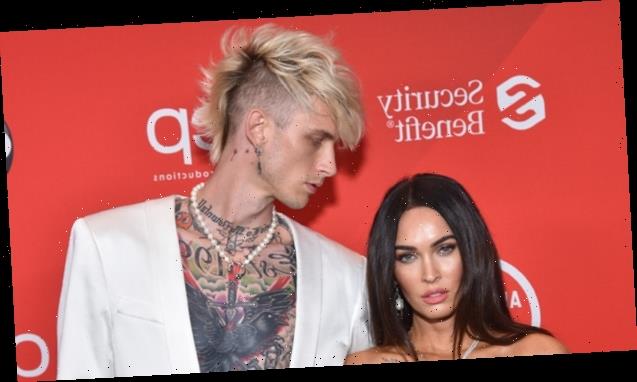 Megan Fox is Machine Gun Kelly’s number one fan! The actress gushed over her man after his epic ‘Saturday Night Live’ performance in a sweet Instagram message.

Megan Fox, 34, capped off an amazing weekend in New York City with her love Machine Gun Kelly, 30, by posting on Instagram. “SNL week. Best performance that show has ever seen,” Megan captioned her Instagram post, which included three hot photos of the actress and MGK in the Big Apple. Now that’s high praise!

During the Jan. 30 episode of SNL, Machine Gun Kelly performed two of his biggest hits. He sang “My Ex’s Best Friend” and “Lonely” for his SNL debut. At the end of the show, Machine Gun Kelly and his best friend, SNL cast member Pete Davidson, 27, actually fell off the stage while hugging on stage.

One of the photos Megan posted was of Machine Gun Kelly carrying her into Rockefeller Center on Jan. 30. The singer proved chivalry isn’t dead by picking her up and holding her as he made his way through a group of fans and paparazzi. Megan had the biggest smile on her face as her Prince Charming carried her. 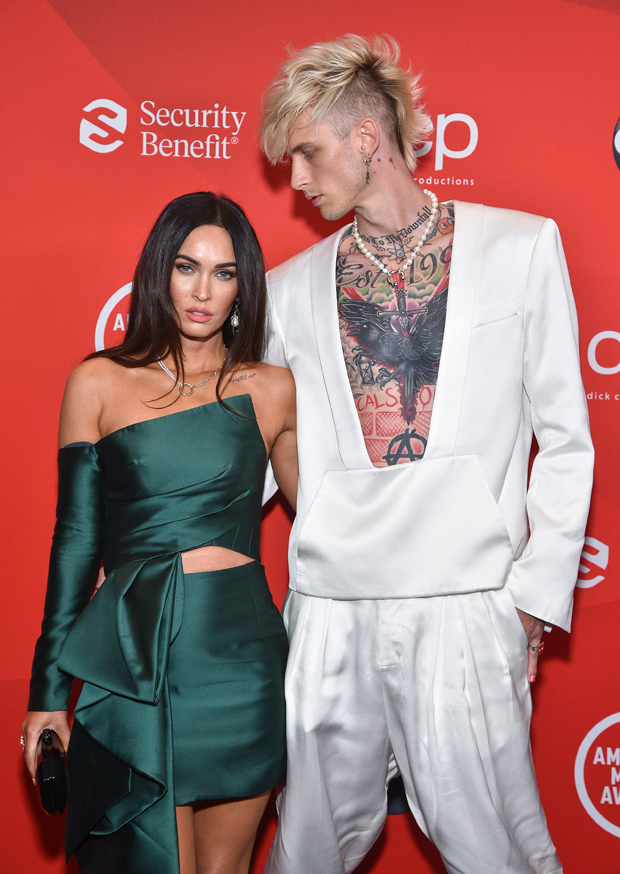 The couple took New York City by storm with their love. When Megan and MGK stopped by Rockefeller Center for SNL rehearsals, the Transformers actress was sporting a massive diamond ring on her ring finger. The huge rock sparked engagement speculation. Megan seemingly responded to the engagement rumors on her Instagram Story by switching out the diamond ring for a ring that read “F**k You.”

Even though they’re not engaged at the moment, HollywoodLife learned EXCLUSIVELY that Megan is “open” to marriage again following her split from Brian Austin Green, 47. “He’s pretty opposite of Brian, and that’s one of the things that draws him to her,” our source said about Megan’s feelings for MGK. “She doesn’t seem to be rushing into the idea of marriage, but she definitely sees a future with MGK and would be open to getting married again.” Megan and Brian separated in May 2020 after 10 years of marriage. Megan and MGK went public with their relationship in June 2020, and Megan filed for divorce in Nov. 2020.